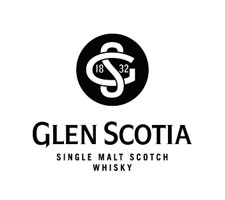 In the Victorian age, Campbeltown was known as the Whisky capital of the world – and one of the five distinct Malt producing regions of Scotland.
Only three distilleries have maintained production from those heady days of the 1830’s. one of the finest is Glen Scotia.

Campbeltown was reportedly, the ancient seat of the Scottish Parliament set up here by
King Fergus in 503AD. Indeed the first site of the Scotia distillery in Parliament Street is said
to be on the site from where the Stone of Destiny came, the stone on which all Scottish
Monarchs were crowned.