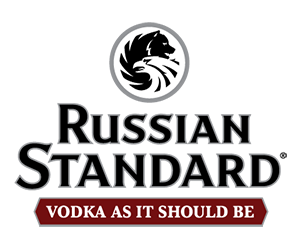 excellence from the homeland of vodka

Russian Standard is more than a name it’s a promise to give vodka lovers around the world a new standard in vodka. Where once drinkers had to choose between a pure vodka or a vodka with good taste, now drinkers can have both.

Made only in St. Petersburg, Russian Standard Original adheres faithfully to Dmitri Mendeleev’s 1894 principles for the creation of vodka.

Created by combining state-of-the-art distillation techniques with time honored traditions and crafted using the finest ingredients of winter wheat and water of glacial origin, Russian Standard Vodka is the benchmark for excellence in the homeland of vodka.

The brand was introduced as the “Russian Standard” vodka in 1998 by the Russian Standard company of Roustam Tariko. The Russian Standard, later called Original, vodka established the brand as one of the top premium vodka brands in the Russian market. Its new Russian, Soviet-free identity, turned an advantage in the rapidly developing market of the 1990s Russia.

Two years after a successful Russian market launch, international expansion was started. This was accompanied by the launch of Russian Standard Platinum product in 2001 and the luxury brand Imperia in 2004. The original product was re-christened Original.

In 2006, a new distillery with 4 million cases/yr capacity was opened in Saint Petersburg.