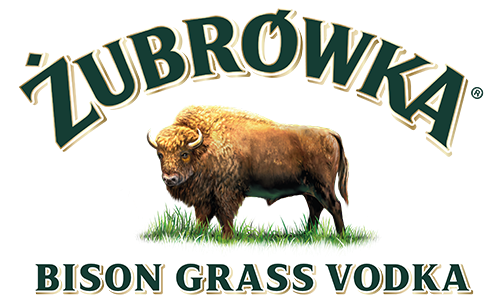 The name Żubrówka comes from żubr, the Polish word for the European bison, which is particularly fond of eating bison grass.

The rye distillate is flavoured with a tincture of bison grass , which also gives the spirit its yellowish color. This grass grows in the Białowieża Forest and elsewhere. A blade of bison grass is traditionally placed in each bottle of Żubrówka, though this is largely decorative.

Like most vodkas, Żubrówka is usually served chilled on its own. A very popular alternative is mixing it with apple juice, A drink known in Polish as Tatanka.

Versions of the beverage produced outside of the Polmos Białystok distillery in Poland are often considered “low-quality knockoffs” in comparison to the original brand.